This post is written by our Marketing and Social Media Officer, Sue Windley, who is off to pastures new with a love of Exmoor that she’ll be sharing far and wide. One aspect of this special region she noticed people mention frequently was the variation of colours to be found. Let us know what your favourite colours of Exmoor are (ideally with an image) and we’ll share on our Twitter page @ExmoorNP.

I’ve often been asked what makes Exmoor so special and my answer has always been the same – it depends on your point of view! For me, whilst I love the sense of remoteness and tranquility, what makes it truly special is the variety of colours – as the above picture of Pinkery Pond amply demonstrates. Previously, as a day time visitor with family and friends, I would notice colours of the landscape, but since I’ve had the privilege of working for Exmoor National Park, I’ve got to see more colours and hues than I’d ever imagined. And I’d like to share them with you (along with some of my favourite images).

Exmoor is a unique place, shaped by people and nature over thousands of years to form a rich and distinct mosaic of colours that has inspired poets, writers and artists – not just the classical writers such as Wordsworth, Coleridge and Shelley but also unknown visitors who contributed to our Poetry Box Project between 2013 and 2016. Contained within just 267 square miles, Exmoor National Park looks after and protects large areas of open moorland, deep wooded valleys, high sea cliffs and fast flowing streams – all of which produce a unique colourscape.

From the greens of our farmland and woodlands, to the browns and pinks of our moorlands, our visitors never run out of magical landscape to experience. Get the season right and you’ll also get to experience the whites of Snowdrop Valley in February, the yellows and purples of our moorland gorses and heathers, or the red and gold of our precious woodlands. 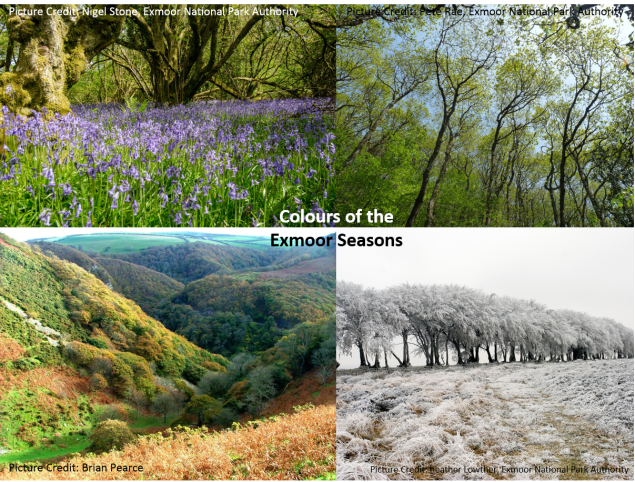 The other colourful aspect to strike a new visitor will be the Exmoor wildlife that provides a highlight of many a visitor’s trip: the russets, duns, bays, gingers and chestnuts of our Red Deer, Exmoor Ponies and Cattle that roam freely on the moor. The red deer are the largest wild land animal in England and have survived on Exmoor since pre-historic times. The ponies and cattle roam freely on the moor and commons (they all belong to someone) where they graze the rough pasture.

But where the colours get truly fantastic is the miniature wildlife – our insects. Luckily my colleagues’ work includes providing access and knowledge to the public about this amazing world we rarely get to view. So you too can see the iridescent greens and blues of a male demoiselle (damselfly), the emerald green of a Tiger Beetle (you’ll need to be quick though, as it’s one of our fastest insects) or the pink and olive-green of the Elephant Hawk moth (so named for its resemblance to an elephant’s trunk!). These three images shown here are just a toe in the water for all the rainbow of colours when you focus on the bug life. 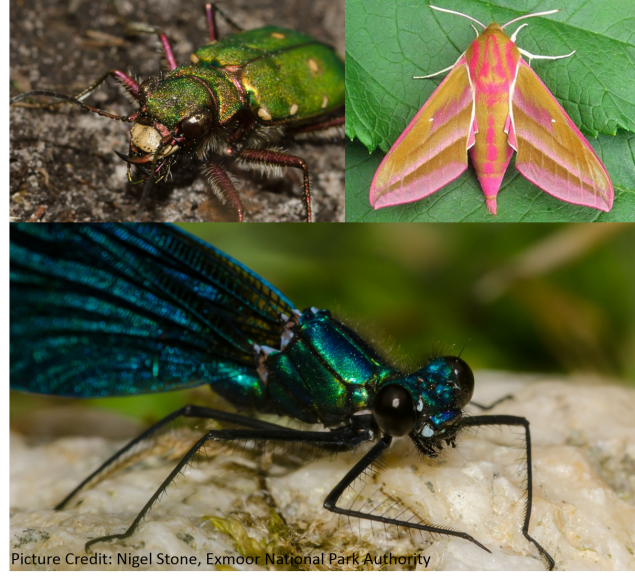 Of course, it’s sometime about the absence of colour that enhances the vista: the clear waters of our rivers (we have eight of them!) which enables you to view clearly the other inhabitants of this aquatic world. Just as spectacular is our Dark Skies – on a clear night the night sky of Exmoor is simply stunning when many astronomical sights can be seen through the naked eye (with even more to be discovered through a telescope or binoculars, as Keith Trueman’s image of the Milky Way highlights below – you can see more of Keith’s work here). That’s why Exmoor was designated Europe’s 1st Dark Sky Reserve back in 2011, and we continue the work to keep our night skies as dark as possible. So if you’re able to stay up into the early hours, this month you’ll get the best views of Jupiter and Saturn (through a telescope, which we have for hire in our National Park Centres); alternatively on a clear night, look northwards and you might get to see the ghostly electric-blue braids of light from noctilucent cloud displays (high-level ice cloud formations).

So whether you visit us during the day or at night, look at the landscape or examine the microscopic life, hopefully you’ll also share my love of the multiplicity of colours and hues of Exmoor. 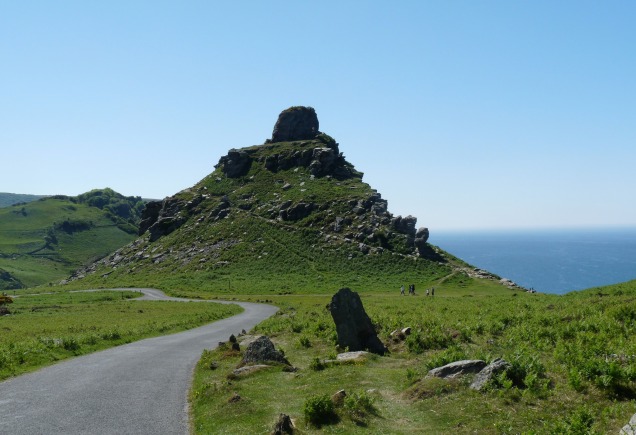 One thought on “My Colourful Exmoor”