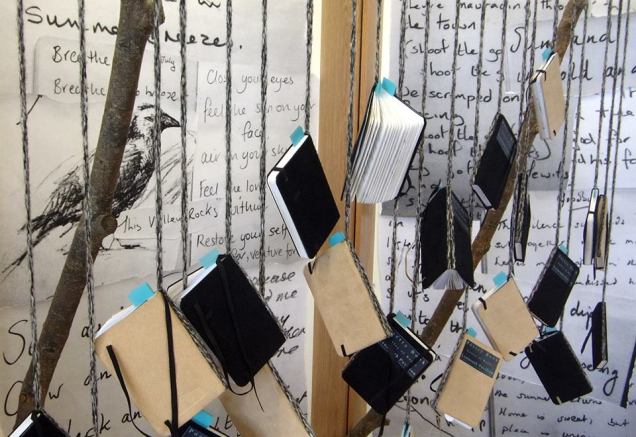 The landscape and wildlife of Exmoor has long been an inspiration to writers, poets and artists. From the Romantic Poets who “discovered” the drama of the Exmoor Landscape in the late 18th century to the modern day when the “Poetry Box” project produced “Over 5,000 poems harvested from passersby.” (plus three marriage proposals!).  Some choose to weave Exmoor directly into their stories (think Lorna Doone) whilst others found their imagination set free by the locality (Coleridge conceived Kubla Khan whilst staying near Culbone). So here’s a view into the few of the many literary greats inspired by the drama of Exmoor.

Clicking on the names below will take you to links on our website which provide more detail and information about these literary greats.

Coleridge lived on the Quantocks, visiting Exmoor frequently and encouraged his literary friends to the area, including Wordsworth and his sister Dorothy who moved to the Quantocks in 1797 to be near Coleridge, staying for a year. In November 1797 the Wordsworths set off with Coleridge on a long walk along the coast to Lynmouth (which you can do too on The Coleridge Way). They proposed to use Valley of Rocks as the setting of a prose tale The Wanderings of Cain, but the story was never finished and later attempts to finish it failed due to clashing personalities. However ‘Lyrical Ballads’, regarded as a landmark of English Romantic poetry, resulted from their cooperation during this period.

Coleridge and the Wordsworths fell in love with the Lynton area, as Coleridge wrote to a friend: “We will go on a roam to Linton and Linmouth, which if thou camest in May will be in all their pride of woods and waterfalls, not to speak of the august cliffs, and the green ocean, and the Vast Valley of Stones all of which live disdainful of the seasonsor accept new honours only from the winter’s snow.” A flowery combe near Lynton was later described in his poem Reflections on Leaving a Place of Retirement, although not specifically named.

Southey was poet laureate but was best known for his prose and biographies, especially his descriptions of people and places in his journals. Connected to Coleridge through their wives (who were sisters), their friendship brought Southey down to tour Lynton, Lynmouth and the Valley of Rocks. His likening of the area to Switzerland led to it being marketed as ‘The English Switzerland’ and to guest houses being built in Swiss style. His visits were later published in his ‘Commonplace Book’ (1851).

Visited Lynmouth during the summer of 1812 with his teenage wife Harriet (having created a scandal the previous year that got him disinherited when he eloped with her to Scotland). Their first views of Lynmouth (from Countisbury Hill) was described by Shelley as they “saw before and beneath them a fairy scene – Little Lynmouth, then some thirty cottages, rose-clad and myrtle-clad, nestling at the foot of the hills. It was enough.” Shelley had radical political views and a passionate belief in personal and sexual freedom. Whilst in Lynmouth he finished his poem ‘Queen Mab’ (based on Irish legend but with strong political messages, seeking the reform of social injustice and attacking the power of birth, money and privilege). In this time of time of revolution and unrest in Europe, it was a long time before anyone risked publishing it. 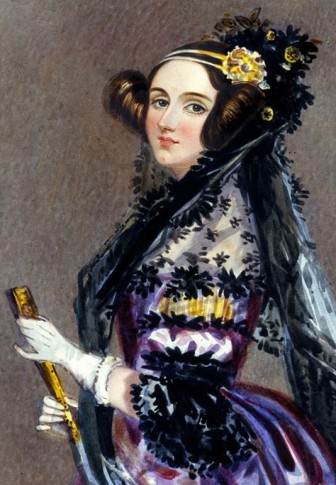 Born Augusta Ada Byron in 1815, Ada was the only fully legitimate child of the poet Lord Byron. She was long associated with computer pioneer Charles Babbage and had a computer language, ADA, named after her. Today Ada Lovelace Day is an international celebration day of the achievements of women in science, technology, engineering and maths (STEM).  She married William King, Earl of Lovelace and they were known for their house parties at Ashley Combe (near Porlock Weir), which attracted many famous writers and artists of the day.

The brothers grew up in Clovelly. Author of ‘The Water Babies’ and ‘Westward Ho!’ (giving its name to the local resort), Charles visited Exmoor frequently, walking over the moors with his brother Henry (averaging about twenty miles a day). Charles  published an essay about Exmoor, describing the climate as a blend of “the soft warmth of South Devon with the bracing freshness of the Welsh mountains.” After a long spell gold-digging in Australia (not too successfully), Henry returned to the area in 1858 to devote himself to literature, where he write his most famous novel, ‘Ravenshoe’ (1861), which is partly set on Exmoor.

R D Blackmoor came from a North Devon family. His novel ‘Lorna Doone: A Romance of Exmoor’, centred around Oare and Badgworthy Water, was based on local legends. Blackmore refused to discuss the locations in the story – he considered his work as impressionistic, giving the atmosphere of the place without adhering to accurate geography. He did write other short stories that featured aspects of Exmoor (including a sequel to Lorna Doone), such as ‘Jennifried’s Story’ (based on Lee Abbey near Lynton) and his novel ‘Maid of Sker’ featured Exmoor and legends surrounding the wicked Reverend Froude of Knowstone.

Walter Raymond was a popular writer of short stories based on country life. He lived in a cottage at Withypool (behind the Royal Oak inn): “I cannot lose connection with Somerset, so have taken a very quaint old cottage on Exmoor, eight miles from any station, at a place called Withypool. Very quaint. I shall have to put it in a book.” That book being ‘The Book of Simple Delights’ which was published in 1906. From then until 1914 he spent much of his time at Withypool, walking on the moors, fishing in the Barle, sketching and observing the people and their ways. Most of his subsequent books were written there or at Knighton Farm, where friends would put a quiet room or empty house at his disposal. At that time Withypool was still a rich source of folklore. Cecil Sharp – often hailed as the founding father of the folk-song revival in England in the early 20th century – visited to search for folk songs, where he was joined by Walter Raymond. They talked to the gypsies still common on Exmoor and some of Sharp’s best known songs were discovered here. 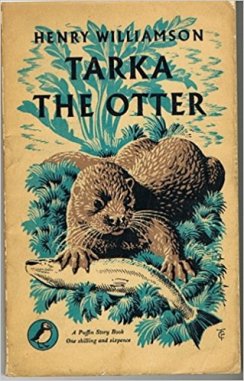 Living in North Devon for much of his life, Williamson is best known for his nature stories, including ‘Tarka the Otter’, where Tarka wanders across Exmoor and is chased down the East Lyn by otter hounds into the sea at Lynmouth. He wrote other stories and notes about Exmoor, including ‘The Old Stag’ and ‘The Wild Red Deer of Exmoor’. He also wrote a series of novels chronicling the first half of the 20thcentury, finishing with ‘The Gale of the World’, based on the Lynmouth flood disaster.

The 1947 Agriculture Act convinced Victor Bonham-Carter there was a future in farming and the countryside, so he gave up his smallholding for the 132 acre Langaller Farm at Brushford (a dairy farm, which he and his wife Audrey supplemented with pigs and poultry). Victor wrote about farming and the countryside, with a prolific output of articles for magazines, including The Countryman and The Illustrated London News, plus his books The English Village, Farming the Land, Exploring Parish Churches and The Survival of the English Countryside. Research into his family history led to the publication of Soldier True, a work about the First World War. He was Chairman and President of the Exmoor Society and editor of its journal, The Exmoor Review. He founded the Exmoor Press, with its Microstudy series of books on Exmoor and his Exmoor works include The Essence of Exmoor.

She lived at Withypool and is probably better known for lifestyle (living off the land) than her writings. She lived in a succession of remote cottages, including (from 1970 to the early 1990s) a tiny, old and leaky touring caravan at Ferny Ball Farm above Sherdon Water. She lived off the land, growing her own vegetables, gathering wood for fuel, shooting for the pot – and she relied heavily on friendships. Her book, Living on Exmoor, published in 1963, is a month by month diary of her activities and is illustrated by her pen and ink drawings. Her next book, A Little History of Exmoor (1968), is an account of Exmoor from prehistoric times to the 20th century, with the focus on farming. Her third and fourth books, Wild Harvest (1978) and My Moorland Year (1993), have a similar style to her first, being a collection of experiences of farming, local lore, encounters with neighbours and vivid descriptions of the seasons. She also wrote a weekly column for the West Somerset Free Press – the column was always popular and generated considerable correspondence. She also contributed articles and drawings to the Exmoor Review, with an emphasis on local farms and their history. In the 1970s Hope became famous through two television documentaries about her and her lifestyle: About Britain: Hope Bourne Alone on Exmoor (1978) and Hope Bourne – Woman of Exmoor (1981).

There are plenty more Exmoor-inspired authors and artists to explore in our What’s Special section on our website or you can find out more about our Poetry Box project in our post Harvest of Wild Words.