“On the seventh day of Christmas, my true love gave to me….”. We’re following the Twelve Days of Christmas theme to look back on some of the activities, events and news items that provided an insight into life at Exmoor National Park through 2016.

July was packed out with events celebrating National Parks Week (including getting muddy at Bogtastic or staying up all night during the Porlock Bioblitz). Dulverton School won a John Muir Award, plus more funds were raised for CareMoor thanks to a cricket match. 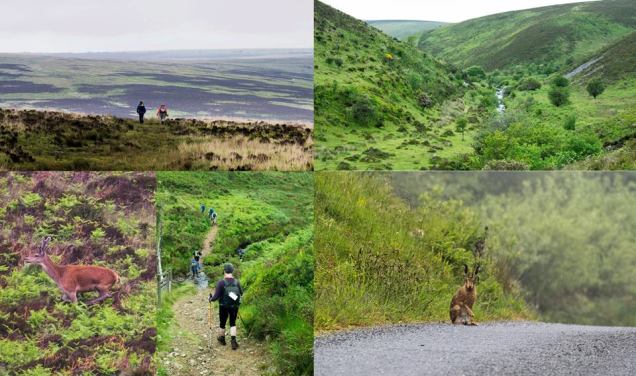 The theme for this year’s National Parks Week was ‘adventure’ and there were opportunities aplenty for all ages to explore and discover what Exmoor had to offer. From walking, cycling and star-gazing to discovering the variety of bugs and beasties at our Tarr Steps Family Wildlife Day or exploring what’s hidden in the rockpools at Lynmouth in our Seaside Safari. Alternatively you could have joined Seawatch staff to learn more about identifying dolphins and porpoises (cetaceans) and other marine mammals which visit Exmoor’s coast. This training equipped volunteers with the skills to do their own surveys, helping Seawatch contribute to knowledge on Exmoor’s marine environment. 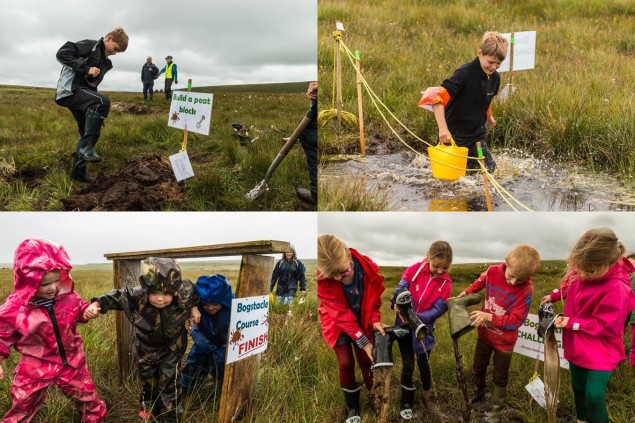 A fun packed adventure day was had by ‘kids’ of all ages who explored the bogs, wildlife and heritage in and around Simonsbath and Blackpitts. From stream dipping to the infamous Bogstacle Course, via guided walks, wildlife activities, undercover exhibitions and Simonsbath Sawmill guided tours. What better way to explore Exmoor’s bogs and rivers! For more pictures, click here for the Exmoor Mires Facebook page.

Bogtastic is the South West’s biggest and best bog festival celebrating the special qualities of Exmoor’s bogs, heritage and wildlife (with some of the finest and unique examples of bogs in the UK). The UK has a fifth of the World’s blanket bog and Exmoor is fortunate to have some of this rare and fascinating habitat.  This unique landscape is often considered to be the UK’s equivalent of Brazil’s exotic rainforest. Not only is it home to numerous endangered species and a carnivorous plant, the sundew; it naturally stores carbon dioxide and water.

More wildlife-hunting fun was had at Porlock Marsh which resulted in an amazing range of over 400 species being identified, including birds, butterflies, moths, bats, plants, insects, mammals and lichens – demonstrating just how bio-diverse the marsh and surrounding areas are. Many local organisations came together to provide a fantastic range of experts to oversee the exploration of the marsh, streams, hedgerows and farmland.

A good range of birds were recorded over the 24 hours including Manx shearwaters, gannets and guillemots, whitethroats, willow warblers, goldfinches, rock pipits and linnets. Over 200 plant records were also collected, from the more common plants found in farmland and scrub, to the classic saltmarsh plants such as sea purslane, samphire and sea beet; plus a new record for Porlock Marsh of sea kale. In addition thirty species of lichen were found; the stream dippers discovered lots of stoneflies and mayflies, cased and case-less caddis flies, as well as freshwater shrimps, bullhead and even eel. The warm weather brought out the butterflies, including silver washed fritillary, large white, red admiral, meadow brown and small skipper.

The BioBlitz continued late into the night, meeting a barn owl and tawny owl at the Exmoor Hawk and Owl Centre, before setting out with bat detectors to find a number of different species. Moth traps were also set overnight, with 72 species found including buff tipped, poplar hawk moth, swallowtail, and the elephant hawk moth.

The BioBlitz was organised as part of the Porlock Marsh Vision project, a partnership project promoting the conservation and enjoyment of Porlock Marsh. 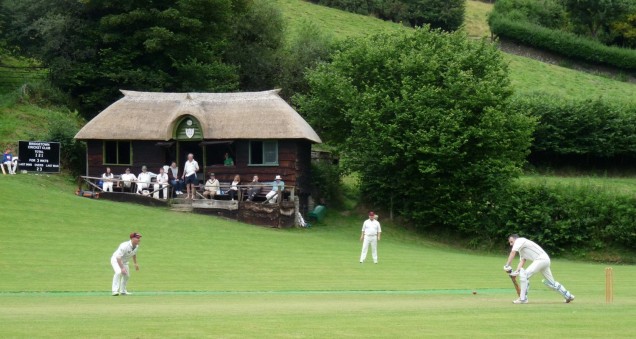 CareMoor for Exmoor benefited from the generosity of Bridgetown Cricket Club when they turned their match against the Mount Cricket Club as a fundraiser for CareMoor. This was their thank you for the Exmoor National Park Partnership Fund grant which aided the re-thatching of their pavilion. 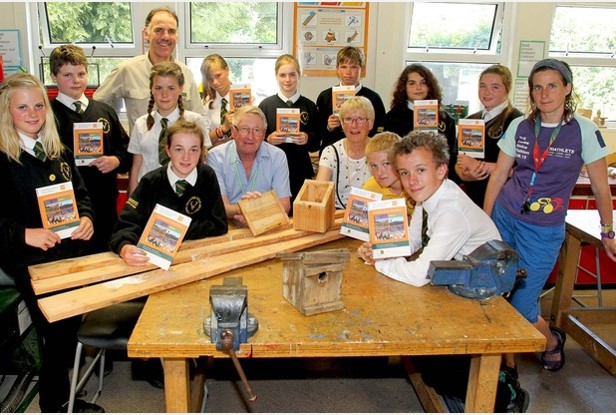 Pupils from Dulverton Middle school achieved a John Muir Award for connecting and caring for wild places. Their focus was Exmoor’s rare dormouse, when the children spent the winter following plans to build nest boxes, and then making each box individual. Their teacher Sophie Hansen, said “The children worked hard and got a genuine understanding of the rarity of dormice and actually got to decide where they were placed in the trees.”

This porject was done as part of the ‘Exmoor Curriculum’ (which has been going for over 20 years) and this year’s leavers, as well as the John Muir Award, got to spend time in the newly developed forest school area of hazel and ash that was originally planted by their predecessors. With the school changing from middle to junior status the Exmoor Curriculum will evolve to include weekly Forest School sessions for all classes.